An important milestone was reached on September 19, 2014 when Baffinland Iron Mines (jointly held 50/50 by ArcelorMittal and Nunavut Iron Ore) reached a 3 year anniversary without a single Lost Time Injury (LTI). The company’s safety motto is “Safety First, Always”, and while the company is only beginning to mine iron ore, there is a sense of pride in what the Baffinland team has safely undertaken thus far. 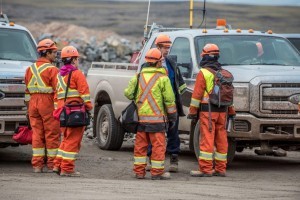 Baffinland Iron Mines is a Canadian mining company owned 50% by ArcelorMittal that is focused on the development and operation of the Mary River property, located in the Qikiqtani Region of Nunavut on Baffin Island. Considering the remoteness of the Mary River location, the company was proud to announce on September 8, 2014 its milestone 3 year anniversary without a single Lost Time Injury (LTI).

This record includes hours worked at the project sites at Milne Port and Mary River Mine, located at approximately 72 degrees north by 79 degrees west on Baffin Island, an area that experiences very cold temperatures that average -30° Celsius in the winter and 24-hour darkness from November to January. It also includes Baffinland’s Iqaluit offices and the company’s headquarters in Oakville, Ontario. 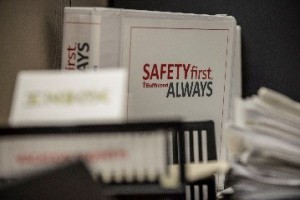 Glen Hein, Baffinland’s Health and Safety Manager, said that, “This achievement at the still early stages of our Mary River mine demonstrates our efforts to embed a culture of safety awareness as well as the commitment to working safely by all Baffinland employees and contractors in the challenging high Arctic environment. It is especially significant if you factor in that we reached this milestone during a hectic construction phase with many new employees and contractors. We congratulate everyone on our team who made this achievement possible. However, we still have a lot of work to do as we move into operations, building world class processes and continuing to work on a reduction in all incidents, with a goal of zero harm.”

Mining operations at Mary River are run on a continuous basis, 12 months of the year. Iron ore is stockpiled at Milne Port pending shipment, which will commence in the open water season of 2015.