Baffinland Iron Mines will be a silver sponsor, and will be presenting and exhibiting at the 2017 Nunavut Mining Symposium. The symposium, April 3-6, 2017 in Iqaluit at the Frobisher Inn, will be the 20th year of the event. The theme for this year’s symposium is Reflecting on the Past/Looking to the Future, and will look at both the history of mining in Nunavut, as well as its exciting future.

Baffinland will have three presenters at the conference:

Brian Penney, CEO of Baffinland, will be part of a special Good News Stories – Listen to the Leaders discussion. Joined by other leaders of active mining projects in Nunavut, Brian will provide an update on the Mary River operation, and outline the proposed phase two expansion.

As part of the Moving Forward on Infrastructure panel discussion, Wayne McPhee, Baffinland’s director of sustainable development, will be presenting on infrastructure for the proposed Baffinland expansion project.

Megan Lord-Hoyle, our sustainability manager, will be part of the Angijunut Piliaksanut Maligait (“Rules About Big Projects” aka “The Regulatory Session”) session. Megan will be presenting on resource development, marine shipping, and Arctic seabirds: a collaborative approach to assess potential impact. 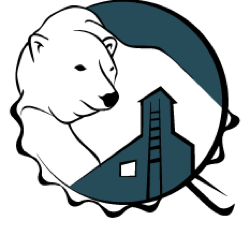